A guide for students when decoding the Greenhouse Gases model for CS in Science (Module 5).  The links below correspond to this model as created in StarLogo Nova 1.0 (Flash version) or StarLogo Nova 2.0 (HTML5/JavaScript version).

This blocks guide can help students decode the base model used in Module 2 -- Water Resources.

Background:  This is a model of segregation based on an experiment done by a researcher at University of Chicago in the 1950’s named Thomas Schelling. He was looking into how segregated neighborhoods formed.  He modeled people’s desire to live in neighborhoods based on the percentage of the neighbors who were the same as they were in the neighborhood.  For example, a person might think “I could live in a neighborhood where 50% of the people don’t look like me”.

Use your own words to describe what happens when the code is executed (when the program runs). 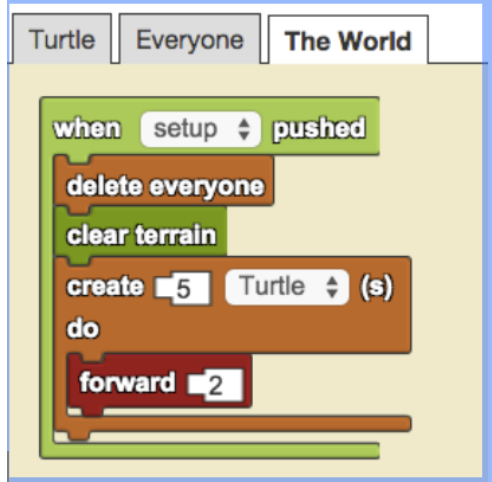