Need help figuring out what this code does. 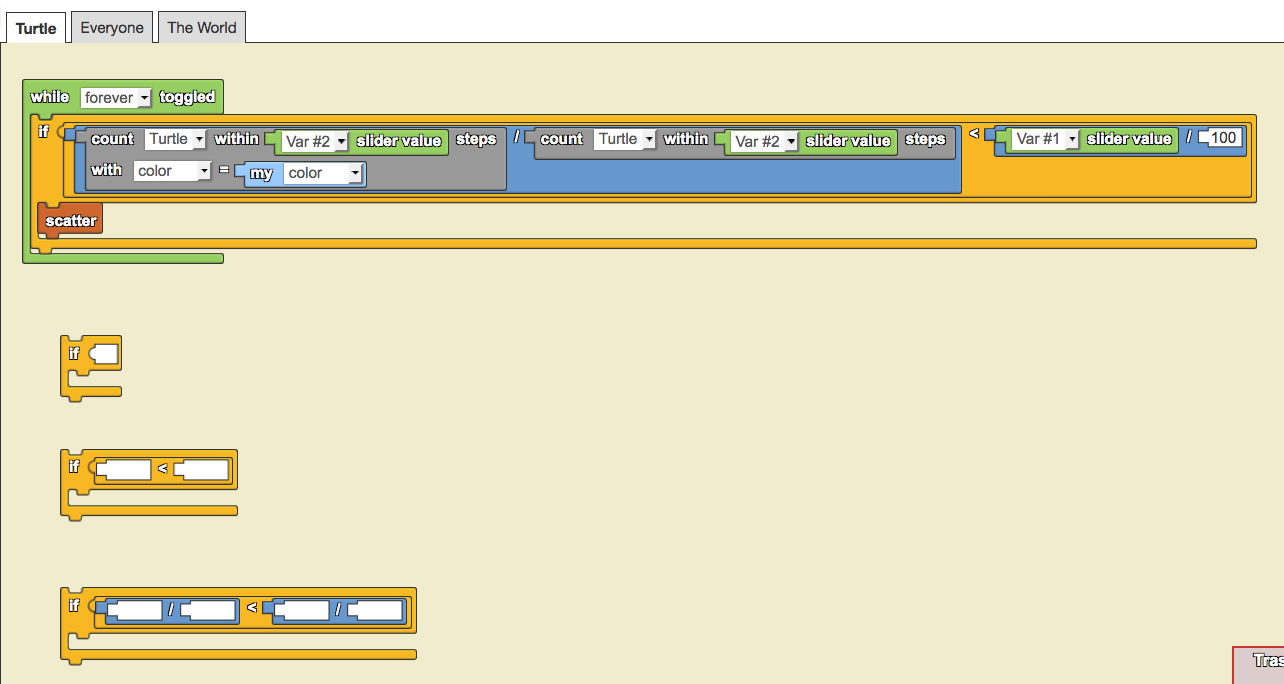 So, for the first set of questions, I would say that the agents are blue and red squares which set up scattered.  When you hit forever, they seem to jump around a little bit and end up in segregated clumps.  The environment is just the basic green background and the agents don't seem to interact with it.  I think the model works by some complicated math formula relating to slider #1 - the agents count who is near them with their same color, divide by who is near them, and compare to the slider setting -- if less, they scatter.  It seems like some kind of segregation model, where the colors start scattered and end up with like colors in clumps.

Great observations Su.  Yes, it does seem that the agents clump together by color.  But why do they stop?  Are they done? or does the simulation time out?   I'm still trying to tell if the agents change color or if they always stay the same color.

For #1, Do the agents set up in the same place each time?
and do you think there is any interaction between the agents?  like spreading a color from one to another?

For #2, I think your description is right on.  The agent scatters if the condition is true.  Does each turtle do this before the other turtles do their check?

(I'm thinking for a more realistic view of this we might want to try converting Tryangles this way.)