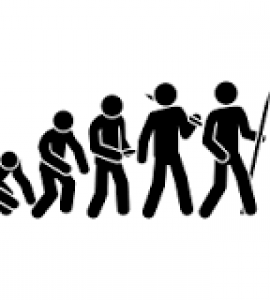 Evolution is a change in genetic information in a population that is observed over many generations. Two important factors contribute to evolution:

genetic drift - a process by which the genetic traits in a population change due to the random chance survival and reproduction of particular individuals; and

natural selection - a process by which individuals with certain genetic traits are more likely to survive and pass on those traits to their offspring, making those traits more common in the population.

In this BioGraph Virtual Lab, you will observe how a population of fish in a pond changes over time. By the end of this activity, you will understand how random factors (genetic drift) and non-random factors (natural selection) contribute to evolution. To explore evolution in action, you would need to watch a population over many generations, which is tough to do in a class period. Instead, by using a computer simulation in which you can speed up time, you will be able to observe many generations in just a few minutes.

• gain energy when they eat the algae in the pond.

• lose (use) energy by swimming and reproducing.

• reproduce only when they have stored up enough energy.

• die if they run out of energy or if they get too old.

• produce offspring that are genetically identical to themselves.

* Energy is a term we use to represent what you gain when you eat.  For example, energy is measured in calories. You need to use energy for movement, work and play, and for building strength and endurance. You also need energy from food to grow and mature into an adult.