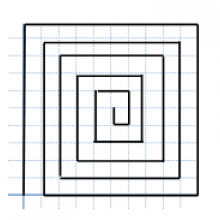 A slide deck of exercises to build CS and decoding skills 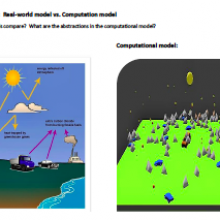 These exercises ask the learner to identify abstractions in the computer model as compared to a diagram or image of a natural phenomenon. 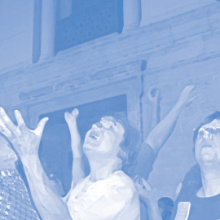 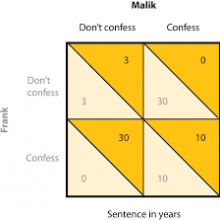 A participatory simulation where partners examine strategies of cooperation versus individual gain. Based on the game theory activity of Prisoner's Dilemma, this activity introduces students to the contrast between theories of "Tragedy of the Commons" (individuals maximizing their own gain will result in collapse of the resources) and classic economic theory (maximum individual gain will lead to greatest efficiency). 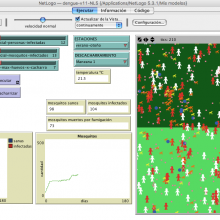 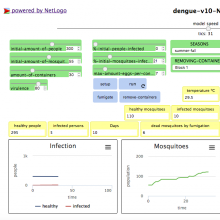